Frassetto Law LLP is committed to facilitating the accessibility and usability of its website, frassettolaw.com, for everyone. Frassetto Law LLP aims to comply with all applicable standards, including the World Wide Web Consortium's Web Content Accessibility Guidelines 2.0 up to Level AA (WCAG 2.0 AA). frassettolaw is proud of the efforts that we have completed and that are in-progress to ensure that our website is accessible to everyone.

If you experience any difficulty in accessing any part of this website, please feel free to call us at 510-817-0465 we will work with you to provide the information or service you seek through an alternate communication method that is accessible for you consistent with applicable law (for example, through telephone support). 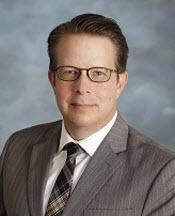 Mr. Larsen’s experience encompasses all stages of the litigation process, from the initial claim through discovery, law and motion, settlement, trial, and appeal. He has litigated extensively in federal court, including second-chairing a high-profile trial and conducting appeals before the Ninth Circuit. His accomplishments on behalf of his clients include:

Mr. Larsen graduated cum laude from the University of California, Hastings College of the Law, in 2006, where he was a member of the Order of the Coif and earned the highest grade in his Legal Writing & Research and Copyright courses. In his final semester at law school, Mr. Larsen performed an externship for the Hon. Vaughn R. Walker, then-Chief Judge of the U.S. District Court for the Northern District of California. Before law school, Mr. Larsen lived for over five years in Berlin, Germany, where he worked as a technical translator and localization project manager, serving major German and European clients.

Mr. Larsen is admitted to practice before all courts of the State of California, the U.S. District Courts for the Northern and Eastern Districts of California, and the Ninth Circuit Court of Appeals.